Your cart: 0 Items - £0.00
Close
Login
You can login using your social profile
Connect with:

Only very rich people could afford to visit the doctor if they were sick. Country people used to pick plants like green gentian, cranesbill and dokudami when they went up into the mountains to avoid, as much as possible, having to rely on the services of a doctor.

After a rainy evening in Kyoto, it’s not unusual to spot heart-shaped leaves peeking through narrow spaces between

buildings and cracks in the sidewalk. These ubiquitous plants are dokudami (Houttuynia cordata), a medicinal herb famed throughout Japan for its healing benefits. The Japanese consider dokudami a ‘cure-all plant’ and affectionately call it jūyaku, meaning “ten medicines”, a nickname that highlights how many ailments it helps alleviate. In traditional Japanese medicine, dried dokudami leaves are served as a tea to cleanse the body from the inside. With the arrival of cooler temperatures in the fall, many in Japan, including geisha, still brew cups of dokudami tea as a health drink during the cold and flu season.

In fact, Japan’s oldest elephant, Hanako, who lived until 69, was served dokudami tea several times a day to keep her healthy. Clinical studies have proven the anti-bacterial and anti-inflammatory benefits of dokudami. Specifically, dokudami extract has a strong antimicrobial effect against the bacteria most commonly associated with acne. 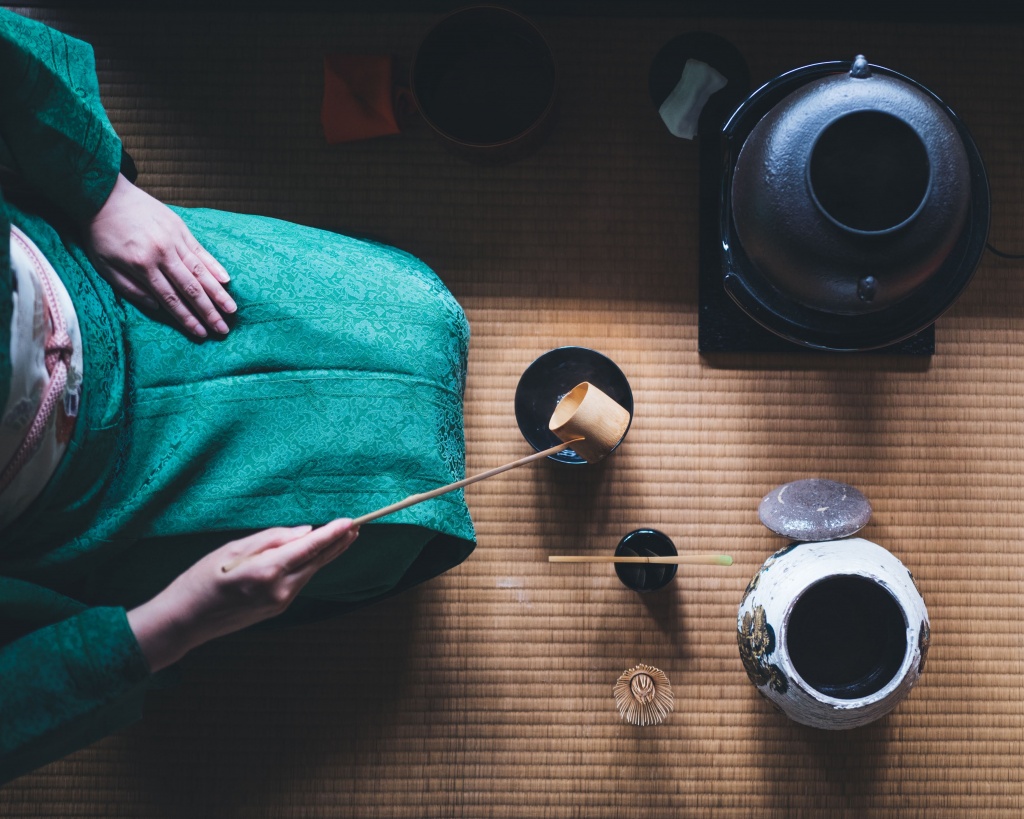 While dokudami possesses incredible health benefits, it’s also an understated beauty and a symbol of resilience. Dokudami is a stellar example of a botanical ingredient I want to appreciate for its function and its form. Flourishing in spring and lasting through late autumn, dokudami thrives wherever its seeds land, making it a significant part of the landscape in humid climates. Although the leaves appear thin, a single stem of dokudami can withstand the wind and other elements, bending gracefully without breaking or withering.

Dokudami has a long and well-established relationship with humans in this region of the world. Part of the traditional medicine cabinet, dokudami leaves are often dried to make a tea that helps with digestion, constipation, and high blood pressure among others. It is also included on the Japanese Government’s List of Approved Kampo (Chinese Medicine) plants.

1
Remedy for Environmental Sensitivities  When you’re allergic to a substance, your body produces histamine, a compound that initiates an immune response. Studies demonstrate that dokudami has inhibitory effects on histamine release, possibly blocking it and reducing its effects. Researchers have even evaluated dokudami’s effects against allergies and asthma, 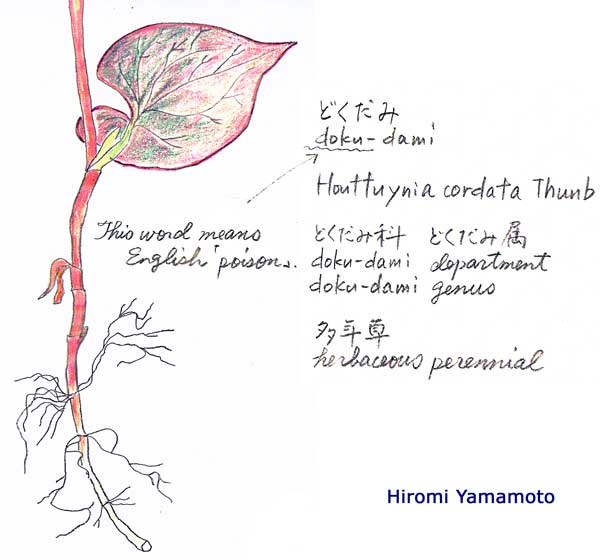 issues partially characterized by excessive release of histamine.
2
Potent Antioxidant  Dokudami contains polyphenols, potent compounds high in antioxidant activity that battle free radicals. Free radicals have a free, unpaired electron and are often unstable. They damage other compounds, cells, and DNA and research has linked free radicals to aging, cancer, and many other ills. Dokudami has been billed as an excellent free radical scavenger and helps neutralise circulating free radicals.
3
Protection Against Harmful Organisms  Antibacterial is a buzzword that sounds good, right? Well, not so fast; not all bacteria is bad. In fact you need a balance of bacteria in your digestive system as good bacteria supports digestion, and that’s only one application. A recent article has shown that dokudami promotes intestinal balance by discouraging harmful bacteria from thriving in the digestive system.
4
Immune System Support  Research has shown that dokudami may help support the immune system by stimulating the production of lymphocytes, white blood cells that are crucial for the body’s natural defense system. These white blood cells are sometimes

referred to as natural killer cells, and a plethora of research has found that these cells are important for promoting good health. Dokudami, in this case, should be seen as merely a natural component in an overall healthy lifestyle. Exercise, a vegetarian diet, and plenty of sunshine and sleep are also instrumental for supporting immune system function.